Growing up in the 1980s, Pearl Harbor Day didn’t mean that much to me. I understood its historical significance and that it had powerful meaning for my older relatives, some of whom still adhered to the rallying cry, “Remember Pearl Harbor.”

For example, my great uncle, Millard Bishop: On December 7, 1941, he was 23 and studying to become the first in his family to graduate from college. He left school, joined the Army and fought in the bloody Battle of Peleliu. Millard didn’t talk about what he’d seen there, but I remember hearing him refer to the Japanese, disparagingly, as “Japs,” and he once said that he would never trust a Japanese person. 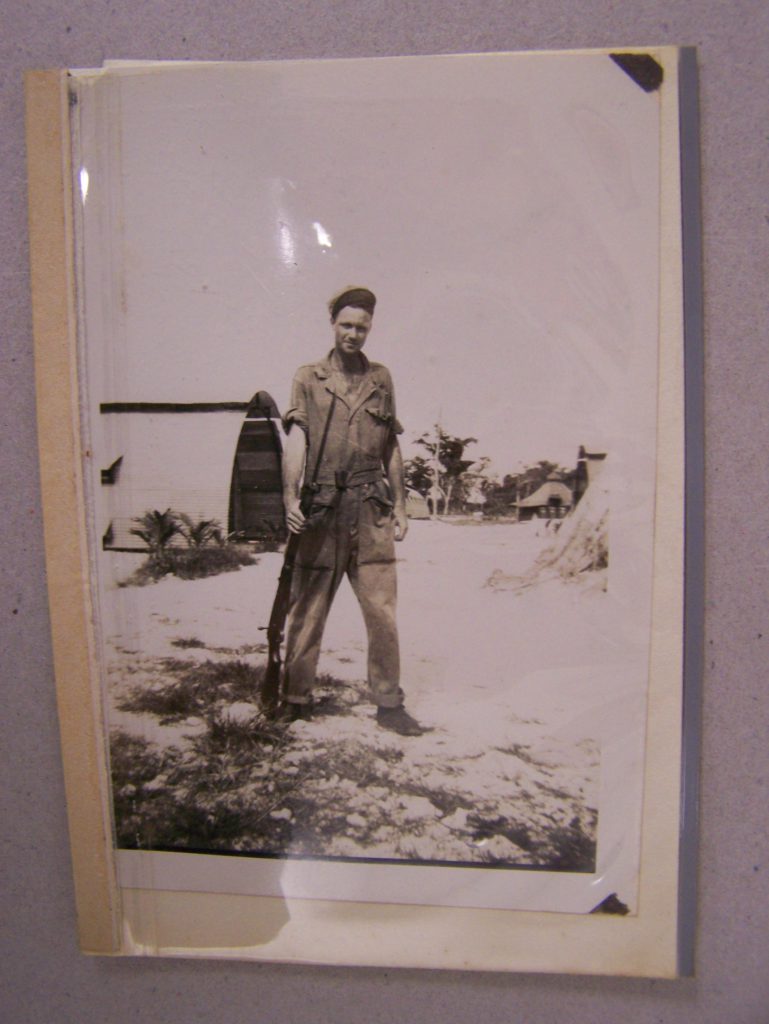 “Because of the war,” he said. “And because of Pearl Harbor.”

I loved him, but found it easy to dismiss what I saw as an ancient grudge and to imagine that I was a more enlightened man living in a more enlightened world. My perspective on Pearl Harbor Day and its legacy changed, however, when I moved to Japan.

At 23, I became a teacher with the Japan Exchange and Teaching (JET) Program. If Millard’s job had been to fight for America, my job was to explain it. I was there to put a face on the complicated, conflicting ideas about America that persisted among the children of farmers and shopkeepers in a small town in Fukushima prefecture. That meant fielding a variety of questions about America:

“Can you explain black and white race problem?”

“Why have many people in your country become very fat?”

Of course, some questions had no answer at all. One of those came from a fifth-grade teacher I met named Yasu Suzuki. He was in his late 20s and in conversations that mixed his stop-and-go English with my preschool-level Japanese, we found common interest in NBA basketball, Led Zeppelin and working with kids.

In late 1996, Yasu said he wanted to invite me, along with my wife Gabrielle (also an American), and a couple of other Western teachers to his school for a Christmas party. We would teach the kids about Christmas in America. Kids, he said, knew about Christmas, and some even got presents. However, the holiday was essentially a cultural import (only about one percent of the Japanese population is Christian) and there did seem to be some confusion about the customs surrounding Christmas. For example, we’d heard about a Japanese department store that once put up a Nativity scene, only it had Mickey Mouse in the manger.

Would we sing carols with the kids?

Mondai nai, we said. No problem.

And teach the children a traditional American Christmas dance?

Hmm. You know, you’d think we’d have one of those. When I told Yasu we didn’t know any Christmas dances, he seemed disappointed. These were fifth-graders. They needed to move around.

But what could we teach them? Polkas? Please. Square dances? I had purposely forgotten those in junior high. I told Yasu we’d think of something and asked the date of the Christmas party

“December 7th ,” he said, giving no indication that there was anything significant about the date. Maybe he was being polite, or maybe he didn’t think about it. Due to the time difference, the Japanese record that the attack occurred on December 8th.

Either way, on the morning of December 7th, my wife and I arrived at Asakawa Elementary School and wound up facing a hundred fifth-graders, all buzzing with energy and wearing identical blue sweatsuits. We played a few games, did a short, likely incomprehensible skit about an American Christmas morning, and then Yasu had everyone line up in front of where we stood on the stage.

I hesitated. Everything felt surreal. Millard had passed away a few years earlier, but I wondered what he would make of this whole scene: My Japanese friend, his finger on the Play button of a boom box, about to translate my instructions so we could lead the children through a dance.

The world hadn’t given Yasu and me a war or an enemy. It had let us choose our own and we had decided to make enemies of ignorance, distrust and prejudice in the minds of children. And the world had let us do that, even put us in position to work together. But if we’d been born 50 years earlier, we might have met instead on opposite sides of a battlefield. We might have looked at one another through rifle sights and seen only the enemy.

A synthesizer beat bounced off the gym walls. There had been, in fact, only one dance we knew, and there was nothing Christmas about it. This dance had been popular in America that year. It was goofy, even atrocious in its own way, but it was catchy, and – Spanish lyrics and all – definitely American.

“Hai, everybody,” I shouted, “Arms out! Turn your palms up. Now, hands on your shoulders! Side of your head.”

Yes, at a Christmas Party on Pearl Harbor Day, I helped teach a hundred Japanese children, their parents and teachers how to do the Macerena. We did the dance over and over, letting the song repeat. When we finished, the children were laughing, jumping and wiggling. The adults were all smiles. At Yasu’s instruction, we all bowed and wished each other Merry Christmas.

“Thank you,” Yasu said as we left, “everybody has good time. Very happy day.”

Fifteen years later, I understand why December 7, 1941 meant so much to the people who lived through it: Their world changed that day. Like America changed on September 11, 2001. Like Japan changed on March 11th of this year when the tsunami struck.

These days, the anniversary of Pearl Harbor is certainly a time to pay respects to those whose lives were lost or forever changed on that date. But it’s also a day when I can’t help but smile because it’s the anniversary of the Asakawa Christmas party, and that December 7th will always be a joy to remember.

A version of this essay originally appeared in the collection A Kentucky Christmas, published by University Press of Kentucky, 2003.

An audio version, produced for Selfridge & Co’s Christmas story series “Something to Believe In,” aired in the U.K. in 2014.